Homo Quanticum Centrism is the idea similar to Galileo Galilei and Nicolaus Copernicus’s theses concerging departure from the concept of the earth as a central point in the universe in favor of the heliocentric concept, where by analogy, we illuminate a transition from the electromagnetic and material essence of the human structure to the quantum structure of human’s information field system. This quantum-centric superhuman structure is defined by the construction of the information field resulting from coherences, decoherences, and recoherences that occur in the neural structure across the human body (neuro~centric consciousness [1]) and is superior in the universal, holistic perception of the human essence. This transition is called “DLTAI ~ Quantum Holo” or “Wormhole”, where DLTAI is in the spacetime dimension, Quantum Holo is the term for the quantum~holographic dimension, or in other words, Quantum Holo Dimension, and Wormhole is the transition between these two dimensions. In its entirety, DLTAI ~ Quantum Holo is the idea behind the futuristic DARQ society (DARQ is an acronym for Decentralized Ledger Technology, Artificial Intelligence, Holo Reality, and Quantum Technology).

[1] Asok K Mukhopadhyay and Jay Relan. “The DeepScience of NeuroCardiology“, Annals of Psychiatry and Clinical Neuroscience, 2020

New studies using NMR contrast have shown that there is no classical NMR correlation between spatially separated evoked potentials in the brain. This builds on previous research work in the field of quantum gravity, as well as the thesis that entanglement between two known quantum systems may be mediated by unknown systems. It has been linked to short-term memory performance and consciousness as prerequisites for entanglement mediated consciousness-related brain functions. These discoveries could be a milestone towards innovative technologies and improvements in quantum technologies [1].

This year, 2022, a Nobel prize in physics has been awarded to three homines quantica for their contribution to fundamental scientific and technological advances in Q as a basis for new DARQ civilization. The award recognized their work on experiments with entangled photons, establishing the violation of Bell inequalities and pioneering quantum information science.

Quantum mechanics is a modern achievement from Homo Quanticum Intellect.

Quantum mechanics has had a profound impact on our understanding of the fundamental nature of the universe, and it has led to many important technological advances, such as transistors, lasers, and computer memory. It also plays a crucial role in the study of quantum computers, which are expected to have a wide range of applications in fields such as cryptography, chemical simulation, and machine learning.

As a physicist, he dealt with quantum information in the relativistic version, habilitating precisely on this subject. As a photographer, he created his own portrait style.

According to dr Dragan, qantum mechanics is a highly successful theory, but its statistical predictions are difficult to accept and have been the subject of much debate. The idea of randomness without cause contradicts our understanding of reality. Furthermore, the randomness in non-relativistic quantum theory respects relativity by making instantaneous signaling impossible. We argue that this is because the special theory of relativity can account for such random behavior. We demonstrate that the full mathematical structure of the Lorentz transformation, including the superluminal component, leads to non-deterministic dynamics, complex probability amplitudes, and multiple trajectories. This suggests that the connections between the two theories are deeper and more intricate than previously thought [2].

Dimitri Nanopoulos, PhD, co-author of the book “Quantum Aspects of Life“, is a highly cited, world-class researcher with more than 48,500 citations across separate branches of science.

In his work, “Theory of Brain Function, Quantum Mechanics and Superstrings”, he concludes that we, as a species, only now enter the era that can be defined as Homo Quantum [3].

Sir Roger Penrose is a British mathematician, physicist, and philosopher of science who is known for his contributions to the mathematical physics of general relativity and cosmology. He has received several prizes, including the Wolf Prize in Physics and the Nobel Prize in Physics. He is considered to be one of the greatest living physicists, mathematicians, and scientists and is known for the breadth and depth of his work in both natural and formal sciences.

His most notable contribution to the consciousness theory is the Orch-OR (orchestrated objective reduction) theory in which the consciousness is said to have its origin in the quantum gravity effects in microtubles inside the brain [4]. 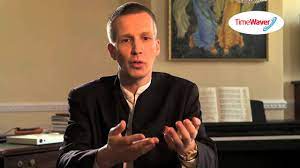 Reality can be understood through intellectual exploration of quantum phenomena and formulation of intellectual concepts which form distinguishing feature in human awareness and enable to connect with the parts of reality outside of verbal formulation in the quantum dimension.

Such endeavour is called an Intellect Amplification and is a necessary tool to evolve to Homo Quanticum, a human being with access to the information from quantum dimension. This amazing trait can be achieved thanks to a feature in the human brain that, additionally to the basic spacetime-based senses, is able to perceive other dimensions of the reality. This quantum senses included telepathy, clair sense, precition, etc.